Coping With the Emotional Impact of Head and Neck Cancer 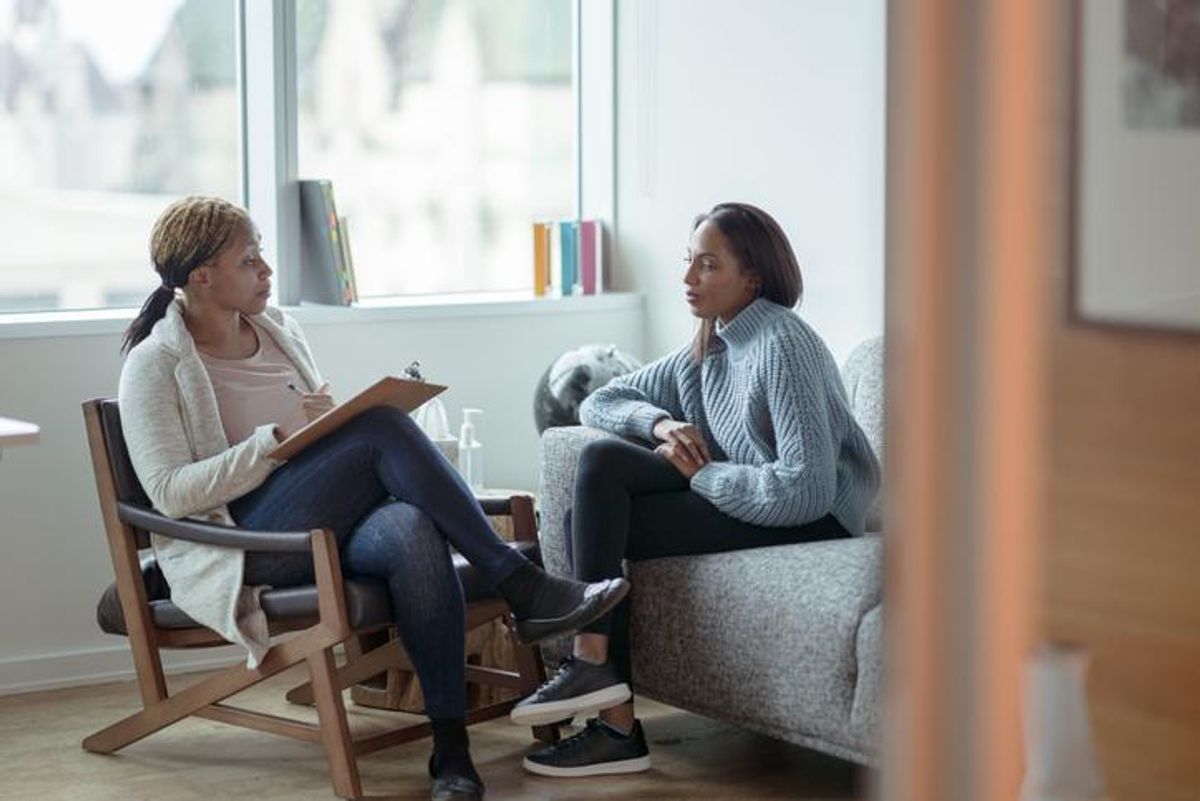 In the spring of 2013, Wendy Sutton noticed an ulcer on her tongue that wouldn’t go away. After numerous dental appointments, she finally had it removed nearly a year later.

Wendy didn’t consider that a sample might be sent off for testing. But in March 2014, she was diagnosed with oral cancer, one of many forms of head and neck cancer — an umbrella term for cancers of the nose, lips, mouth, throat and voice box.

“When it came back positive for cancer, my whole life changed,” she said.

What a head and neck cancer diagnosis means

Head and neck cancers account for about 4% of all cancers in the United States, and researchers estimated that more than 68,000 people in the United States received the diagnosis in 2021. A head and neck cancer diagnosis can be especially distressing due to unknowns, like whether your cancer has spread or could come back, as well as varying survival rates, taxing treatment and long-term changes in quality of life.

The physical and mental effects of head and neck cancer treatment

Treatment options for head and neck cancer include surgery, radiation, chemotherapy, targeted therapy, immunotherapy or a combination of approaches.

“In a general sense, head and neck cancer affects parts of the body that we rely on for our ability to speak and swallow, and sometimes our appearance,” said Dr. Jennifer Grandis, a clinical research professor at the University of California San Francisco. “That’s where the consequences can be really significant.”

Treatment can lead to facial swelling and changes in the way a person looks, and the need for a temporary tracheostomy tube (a hole in the neck and windpipe to breathe through) or a feeding tube.

After Wendy’s diagnosis, she had surgery to remove part of her tongue and some lymph nodes. Further testing showed she had stage 3 cancer, which meant she’d need radiation and chemotherapy.

Although Wendy’s doctor explained the basics, she felt far from prepared for what came next. Two weeks into radiation, food began to taste bland, her mouth dried out and she became violently ill.

“I got to where I could hardly eat, and then barely talk, because of the sores in my mouth,” she said. “I was mentally beat down.”

A 40-year-old mother of four, she felt inadequate as a mother and also began to feel dehumanized by her doctor: “[I was] just like a number to him — a faceless, irrelevant number getting zapped, with insurance paying the bill,” she said.

The emotional toll of head and neck cancer

Studies show people with head and neck cancer — particularly women — are more likely to develop mental health conditions after a diagnosis than those with other types of cancer. This can make it harder to stick with treatment and recover. The suicide rate is also more than three times higher than that of the general population.

These problems are likely connected to common risk factors people with head and neck cancer face, said Dr. Eleni M. Rettig, a head and neck surgeon at Brigham and Women’s Hospital and the Dana-Farber Cancer Institute at Harvard Medical School. Tobacco and alcohol use not only increase the risk of these cancers but also worsen mental health as the result of a cycle of self-medicating and withdrawal symptoms like depression, agitation and anxiety that only another puff or swig can seem to ease. In this case, quitting or dialing down use of these substances can help lower stress and boost mood.

A history of mental health struggles can also put someone at increased risk of developing or experiencing worsening symptoms after a head and neck cancer diagnosis. Major obstacles like a poor prognosis and a lack of treatment options, or trouble accessing or affording them, could also be at the root of escalating distress.

Even for those who successfully complete treatment, significant physical changes and challenges with day-to-day activities like swallowing, eating and speaking can continue to hurt their mental health.

For example, surgery can lead to permanent facial changes because of scarring, amputations or changes in the shape of the face. A different look can harm a person’s body image, lead to social stigma, and make it harder to feel good about themselves and connect with others.

Some people also struggle to swallow or speak after treatment and, in some cases, need a permanent tracheostomy tube or feeding tube to breathe and eat.

As cancer survivors recover from the physical impacts of their health journey, they may find themselves facing new challenges such as low self-esteem, isolation, fears of recurrence, and — in some cases — new diagnoses of mental health conditions like anxiety and depression. 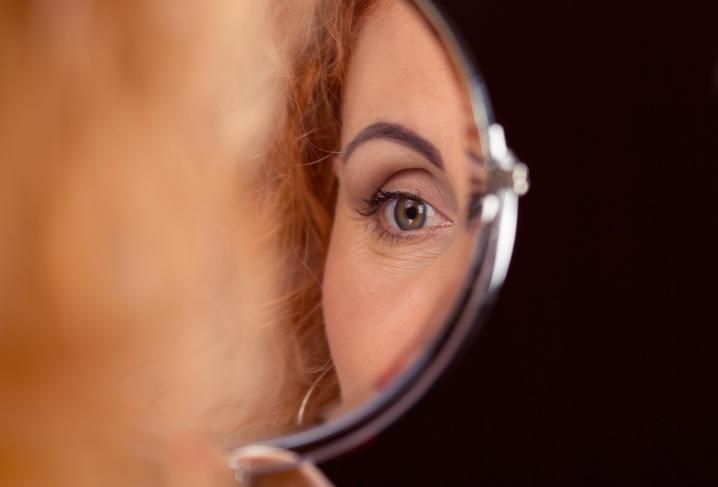 The added tax of greater barriers to care

No matter your situation, navigating cancer can be difficult. As is true for many forms of cancer, some people also face higher barriers to care, which is known to drive up stress and the mental toll of cancer treatment and recovery.

For example, people who have low incomes are more likely to die from head and neck cancer compared to those with people who have higher incomes. Researchers say the problem lies in unequal access to care.

People in rural areas sometimes also suffer from a lack of resources. Generally, they have lower access to health insurance and are more likely to be diagnosed with head and neck cancer at a later stage. They may also have a harder time connecting with healthcare providers because of shortages in their area. In turn, some struggle with greater symptoms of depression and a lower quality of life after treatment compared to people living in urban areas.

Many studies also reveal that Black people tend to receive a diagnosis at a later stage and are less likely to have health insurance — stressors that make accessing and sticking with a treatment plan all the more difficult. Again, moves to make quality healthcare more accessible to historically oppressed and marginalized communities could help dial down stress in already-hard times and lighten their mental load.

Researchers say healthcare providers (HCPs) need to do more when it comes to managing the mental health aspects of head and neck cancer treatment. But help is available. Grandis suggested that people with head and neck cancer can ask a nurse or staff member to connect them with a social worker or contact the American Cancer Society, which can link them up with mental healthcare and support groups.

For Wendy, a major turning point came when a family friend who’d had head and neck cancer called her. He introduced her to a community of survivors and gave her much-needed advice. She moved to a different cancer center and completed treatment a few months later.

Breaking the silence around head and neck cancer

It’s important to talk about the risk of head and neck cancer — especially with men in your life, who are more than twice as likely to end up with this form of cancer compared to women. Lifestyle changes like quitting smoking, limiting alcohol use and getting the HPV vaccine can lower your risk.

Wendy had never smoked (one of the top risk factors for head and neck cancer), and her cancer was not linked to HPV. “It felt kind of like a fluke, but a cancer diagnosis nonetheless,” she said.

Adjusting to a new normal

Eight years after her diagnosis, Wendy’s in survivorship, but the effects of her cancer and treatment linger. She has chronic dry mouth from only having one saliva gland, as well as hearing damage and muted taste buds — complications from radiation and chemo. She also worries her cancer could come back someday.

“While quality of life decreases during and after treatment, and it may not go back up to where it was before treatment, it does stabilize,” Rettig said. Her research backs this up. “Patients do tend to get used to their new normal, and many are very resilient.”

Wendy has found solace in her faith, quality time with her family and support from her coworkers at the school where she works as a teaching assistant.

“Oral cancer was one of the most painful things I have ever been through,” she said, remembering nights of nausea, losing her hair in the shower, singing through pain. But looking back, she says these are just a handful of unpleasant memories now. “I think I have adjusted pretty well to the changes I’ve had in the past eight years,” she said. “My family has been awesome, and I’m so blessed to have the support that I do.”

This resource was created with support from Merck.

555: Cynthia Thurlow on Biohacking Your Hormones and Sleep for Women